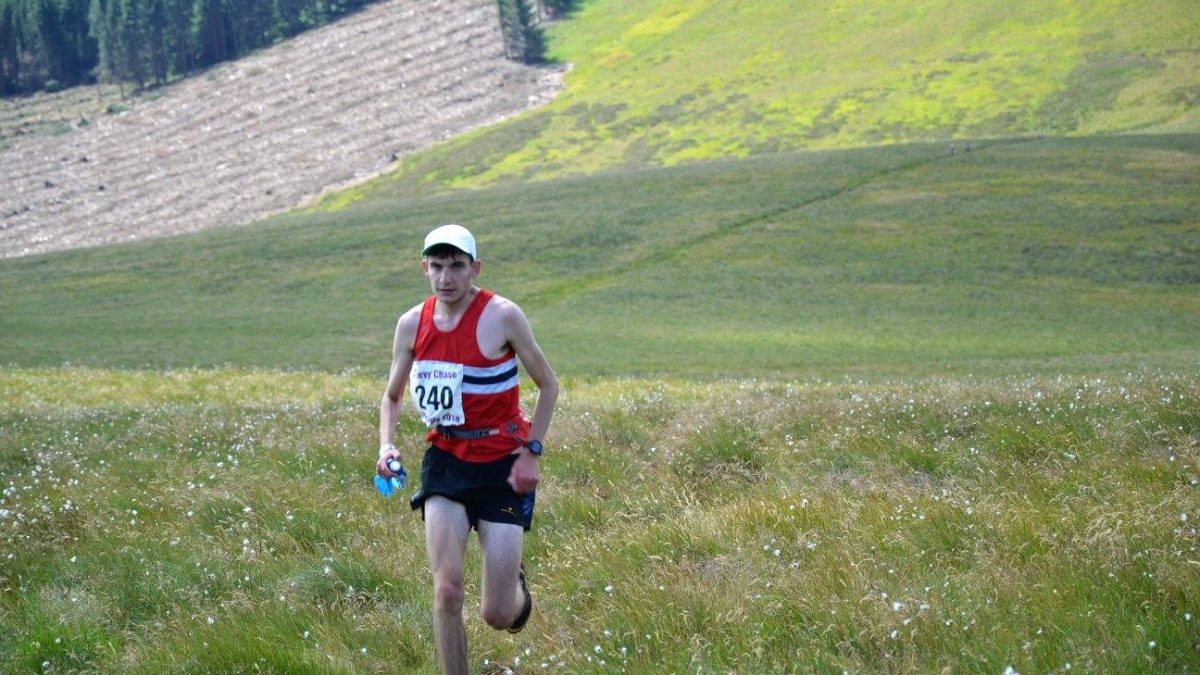 It’s been a long hot summer so far for any of the fellrunners trying to keep pace with William Robson.

In the weeks leading up to the region’s toughest race, the Chevy, he had taken 2 successive fell victories and course records at Roman Wall and Alwinton 3 Tops fell races. The Chevy was to be the third skittle down and in an outstandingly executed  run he took the tape  in 3 hours 10 mins and a lead of  12 minutes. He is probably the youngest runner ever to take the trophy in its 62 years and also by one of the bigger margins after he had solo’d the race from the foot of Hedgehope Hill  to the finish about 12 miles away. 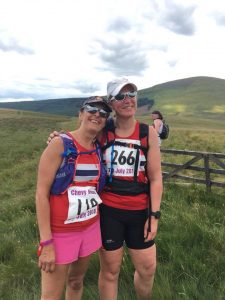 Conditions were difficult this year with high summer temperatures, light winds and clear skies. The valleys were heavy with dense, still, suffocating air. It was very dry underfoot, but the heat took away all time advantages and more from that.

To win this race requires a list of skills beyond just running fast which probably explains  why the  winners are usually seasoned runners  . You need hillcraft, an ability to navigate and independence of mind (instead of adopting  ‘herd instinct) and race tactics. Decisions on hydration and nutrition in Saturday’s conditions also came heavily into play. There was no water on the hills . There are so many things that can go wrong in this combined mental and physical trial that to get it all right takes a huge degree of skill.

About 200 or so set off from Wooler – but about 15 per cent or so were not to finish. We started with 18 runners on the line.

The opening salvoes saw a group of 5 break clear on the tarmac section only to miss the usual  turn off  onto Wooler Common about a mile or so in . They could have used that route as long and made a corrective turn about 1/2 mile further on but could equally have ended up heading out towards Melrose on St Cuthbert’s way if they were clueless. They decided discretion was better than valour and reeled back to the group. The front end then settled own with William and 2 other younger runners from NFR taking up the lead out and over the early climbs and up onto Cheviot. NSP’s Jon Heaney had settled down in about 10th place with Graham Lewis Dale, Garry Robson and Michael Kane (our regular supporting cast to William these days) all a bit further back.

The run down Cheviot has a fairly distinct path these days but paradoxically though bone dry was slippery due to its steepness and lack of any moisture providing some friction on the slope. There were a few tumblers at this point.

Crossing the Langleeford burn the 3 front runners were now well clear and watching one another. The Chevy is notorious for strong runners / poor navigators clinging on to a leader who has a fair idea of the route in the hope of breaking clear when they know the final route back.

The conditions in the void between the 2 big hills were stifling – and, for most, the effort went into regulating body temperature rather than attacking the hill. The race however was to be decided here as the lead group started up the next big hill Hedgehope which lies almost due east of the Cheviot. It’s a hill that it is too easy to be dragged up south / south east on. The NFR duo set off on a southerly pitch and William seized the initiative dropped back and took his own independent route to the summit on a more easterly track. Before the leaders could back track and pursue he had surged away. By the summit of Hedgehope, William had a few minutes lead. With a good line off the summit (the Garry Robson descent), he had doubled his lead by the next control at Langleeford Crags. At that margin even on good visibility, he well out of sight of anyone or anything  bar the buzzards circling for any bodies at the back of the crags.

So it proved.  The 2 NFR pursuers now had to upgrade from running to also navigating the route and came unstuck with a wrong turn at Brand’s Corner control, missed it entirely and were disqualified. 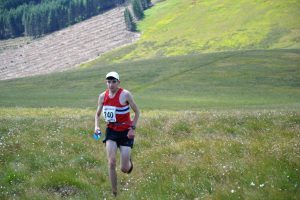 The counter attack was finished although William was not to know this. The DQs also just about placed the team prize into the Poly’s hands. Jon Heaney, the club xc captain, is well used to toughing it out in long races,  had kept a steady momentum and had worked through to 3rd spot by now and by the finish was barely a minute or so off Roger Sillito of NFR .

The team prize was to be decided on first 3 home – and NFR were able to snatch the prize away by 2 points as their counters had just enough clearance from our  a Poly peloton  led back by a combative Graham Lewis Dale finishing in 24th spot . Like a Formula 1 car, GLD had decided on a fresh set of rubber to get him down the final tarmac stretch to get him past the flag.The (finally) much improved Michael Kane was loitering close behind a place ahead of Garry who came in 5th for NSP . He had suffered a bit on the Hedgehope climb (like many others) and was to be denied what had recently become his regular armchair 2nd spot NSP finish behind William. Rolling back quite a few years  one of our most successful  fell runners Martin Frost now V55 finished strongly with  a personal best on the race. We finally took the 2nd place in the team event a few points clear of DFR who fielded a squad of decent, recent Bob Graham round runners.

Meanwhile, Helen Heaney was not going to be beaten by the Chevy in her debut race and armed with her Ulster resilience and positive  mindset led our ladies team was back. Fittingly so as the current leader in the ladies fell championship. If she goes on to win surely we can say it was deserved after her efforts today.  Our ladies’ squad was a bit depleted this year . Our most experienced Chevette, Rachel Inman, was sniffing unhappily at the start line. Lacking any supporting medical certificates, the fragility of her condition was put in some doubt when Michael Kane suggested that she seemed fine in the car heading north. 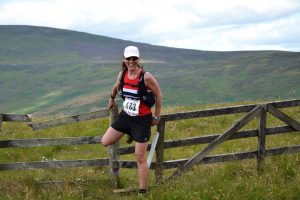 However the ladies did close out a team thanks to a squad of debutants and first time finishers in Angela Green (with the brightest, pinkest shorts of the day) , Kerry Swindon , Gemma Thompson and Kirsty Wonders. We were quite a few points off a strong showing from a very new club Derwent Valley Trail Runners.

Well done to all our runners who finished the region’s toughest race. It can’t be as tough next year. The team was well supported on the course with a Poly team of WaGs soaking up the sun in wait at Long Crags. They then headed off to the finish and employed their raucous cheering of all NSP finishers. Chris Rowe as a random mountain biker had obviously misread the race requirements. Swifty had managed to somehow concoct iced drinks at Hell’s Path in 30 deg C heat which she was then distributing to her favourite people.

William’s time of 3 hours 12 minutes  reflected the  conditions (all regulars were slower bar Frosty). He also left with an impressive trophy which will join several others at the Robsons and Garry will no doubt have to remove even more of his dusty natural history books to make extra shelf space available.

William Robson’s next race is the Quayside 5k . Members of the Fell section committee carefully consulted the Fell Runner’s Association Diary and could not find any entry for this race. It looks like William could well be on his own, unsupported by the fell section on that one.

Thanks go to Karl Wait and the team for the race including the National Park Mountain Rescue team supplemented by at least one Swedish assistant out to annoy any Ingerlund fans (like Michael Kane) on match day. Also thanks to all the landowners (principally Lilburn Estates) who again made the area available on a year of heightened concern for fire risks.

I am sure many of us will be back next year in some form or another.

Credit to Vicky Deritis (TBH) and Rachel Carr for photos.

Our next Poly fell championship race will be at Powburn show on August 4; it’s a nice short /sharp hill race and a huge contrast from the Chevy. 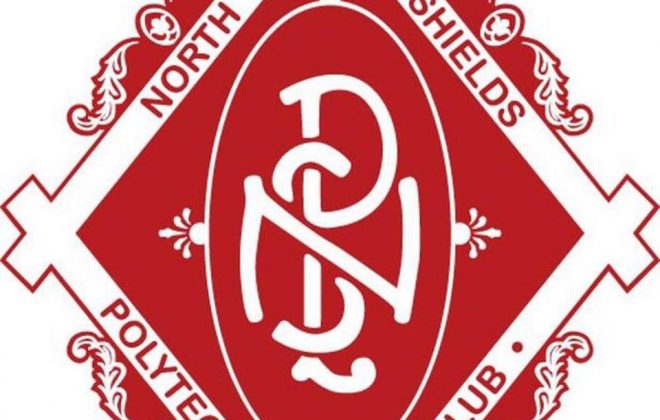