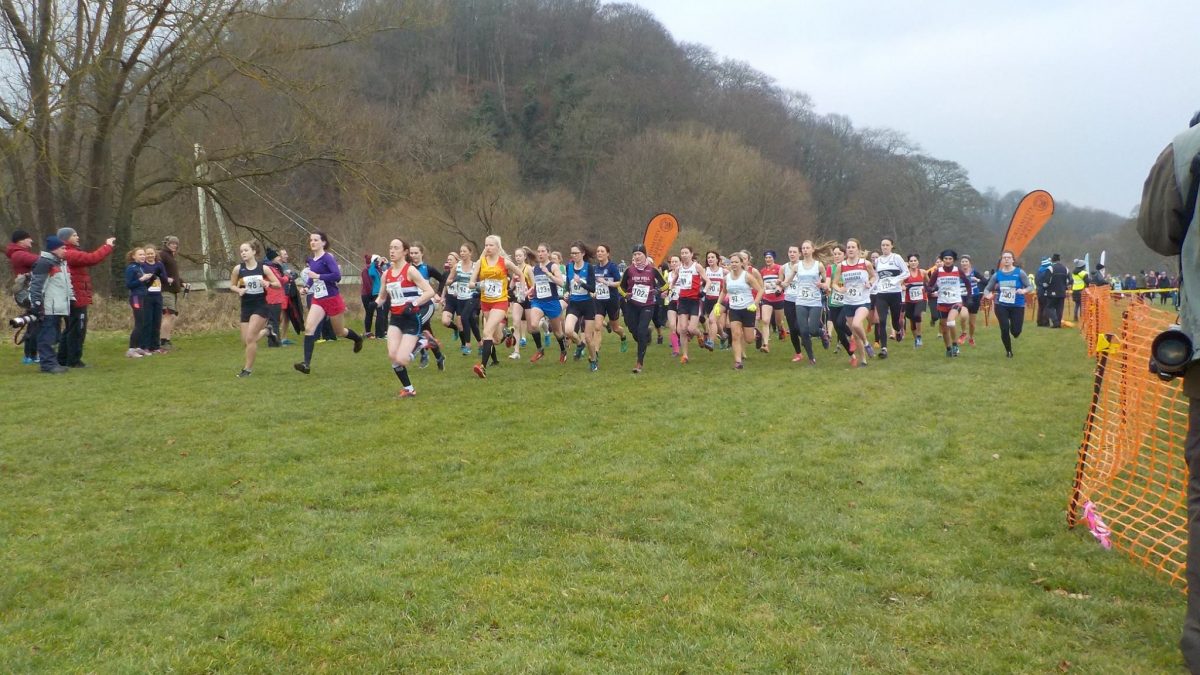 A Grand Day Out!

And so it came to pass that a smaller than usual, yet highly tuned, group of athletes from the Poly made the short journey down south to the City of Durham for the Cathedral Relays 2018. The course has now become similar to the courses used for elite championships around the world in that it is virtually flat, but this year did have a rather attractive puddle as its token obstacle. Two laps, each of 1:5k, meant that this was going to be one for the fasties and not one for the connoisseurs who like mud and hills.

The Poly contingent arrived in good time, well nearly all of them, with fire in their bellies other than Ivan who had arrived earliest and managed to consume a sausage bap before everyone else had the chance to get to the café. Sorting teams out for the men was straight forward and off we went for the Veterans race. First Poly team to finish in the Veterans consisted of Roger Mosedale, but sadly for Roger single person teams did not count. However, what should be appreciated is how difficult it must be to run a leg knowing that no-one is going to take over from you so great credit to Roger for his efforts. Graeme Cook led the Poly runners back after the first leg and with Jon Heaney and Sean Maley secured third place in the Veterans Over 35 Race. What makes this achievement even greater is that Jon is a V40 and, rather unbelievably, Sean is a V45 meaning that both were running against much younger men.

The Senior and Veteran Ladies races are run together which means that it is possible to have a team featuring the young and not quite so young. Here was the Poly issue of the day. The Poly Ladies Veterans team were reigning champions and perhaps even stronger this year, so the glory of a North-East title was a distinct possibility. However, the young lass Penfold was available and there was a chance that a mixed senior/veterans team could be the overall race winners. So, a discussion ensued – would they give up the chance of North East glory and have a go at the overall race. Let’s go for the overall race was the conclusion and off they went with Charlotte flying around her leg like a woman in desperate need to get home for ‘children duties’. Carla Maley then extended the lead with the second fastest V35 ladies run of the day passing onto Stephanie Dann. Though given a sizeable lead Steph could not relax as she was chased by Jane Hodgson of Morpeth who ran the equal fastest time of any lady on the day (you’ll not be surprised whose time she equalled). Steph though managed to maintain the lead and in doing so ran the fastest V40 ladies leg to bring the team home in first place. 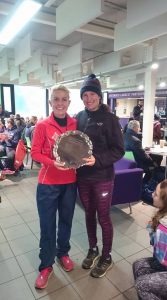 A thoroughly commanding performance by the ladies and when was the last time a Poly relay team consisted of all internationals? A one for the historians perhaps.

But behind, there was a race going on for the Veterans V35 title and what a race that was. Karen Gunn was the first Poly runner back in the Veterans race with Alison Smith a few seconds behind. Nathalie Thorburn took over from Alison and ran the leg that catapulted the team into a leading position – that’s what happens when your secret track sessions are observed Nat, you get put into the faster teams. Taking over from Nat was Katherine Davis who saw the team home to win the V35 prize yet again, maintaining the Poly’s excellent recent record for the older ladies. Interestingly enough this team of over forties beat teams consisting of younger athletes whilst all performing at the top end of their age groups.

And yet, this was still not the end of the Poly Ladies medal winning morning. Whilst being even more careful about the terminology I use, the slightly older ladies finished in 3rd place in the Over 55’s place. However, what is more remarkable is that the team of Alison Cummings, Noreen Rees and Kath Richards are all actually over 60 (I kid you not), and so were competing against younger athletes. Alison was the fastest V60 lady on the day with a time faster than any V55 woman.

Following on from the glory of the ladies it was the Senior Men who were up next against some very powerful opposition. But to be fair just seeing a Senior Men’s Poly team was worth being there for even if two of them looked very similar. The Ellis’s and Jake Hill, the youngest Poly runner on the day, were up against some real quality opposition and performed admirably in what were fast becoming quite chilly conditions.

Whilst the prizes go to those mentioned above and they are all to be congratulated, it is important to give credit to all those who ran, who gave up their Sunday mornings to represent their club and who were willing to put on their club vest and have a go. Without the efforts of all those willing to compete at these races, whether it be to challenge themselves, to do better than previous times or just in an attempt to keep fit and healthy, there would be no races and no race winners, so well done to everyone regardless of time and position. 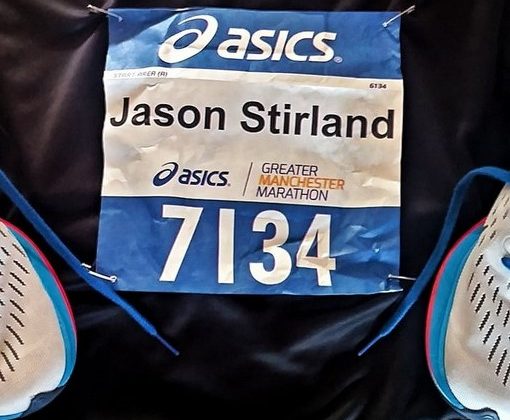 A Marathon Weekend……Memories of Manchester