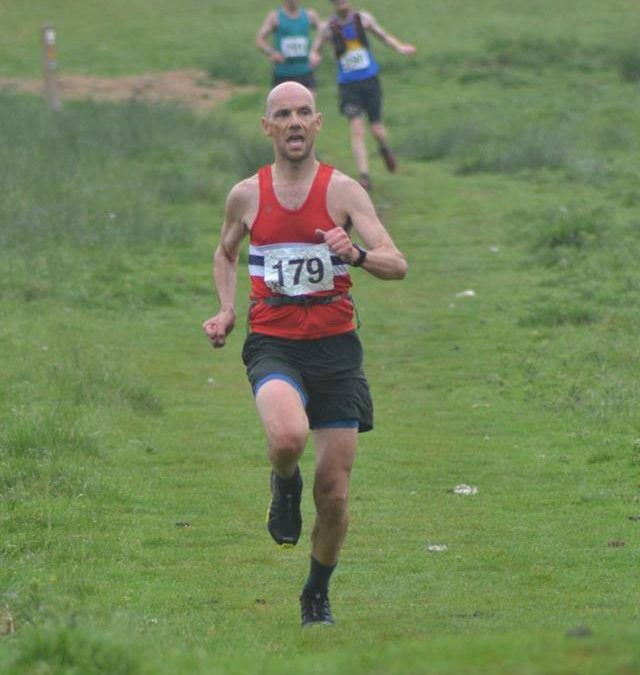 This year’s Scottish fell running championships were held on the Cheviots at a place about as far south as you could get in Scotland without falling into England or the sea. Norham RC (an English Club based about as close to Scotland as you can get without douking in the Tweed), organisers of their annual Yetholm Hill Race, hosted it. So it was that the usual 50 or so for the race was swelled to about 150 as runners descended from Scottish points to challenge for the championship. Strong teams were put in by the local Border Clubs such as Teviotdale (regulars at many Cheviot / Northumberland races) and further afield from Westerlands, Carnethy , Ochil , Lomondside, Shettleston , Lochaber and other places featured in songs by the Proclaimers.

On the English side, NFR and North Shields Poly each provided a good batch of runners –  we put 7 in the fray. The team included Garry Robson and David Guy-Johnson (both Yethom veterans) and a couple of relative fell newbies in Brad Clough and Alan Whitely. The Yetholm race is a brute with a spine of 5 standalone hills on the outback 4 miles set like teeth from a crosscut bow saw. It’s not an easy race to make any debut. The course had also been well greased with some overnight rain just to create extra glitziness on the hills. It was run in typical Scottish conditions with low grey cloud swirling the braes and an imminence rather than expectation of rain. 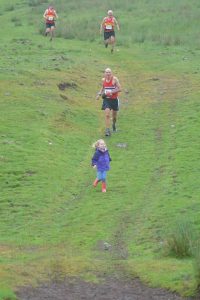 The usual pre race chipper announcements and the race was underway and within a few minutes the race field was splintered by the immediate assault on Staerough Hill (summit 331m). Brad led our team during the early phases of steep incline/sharp drop but on the scaling of the Curr (564m), Garry assumed our lead role as he  maintained his dogged,  steady lick while others lapsed to walking. The Robson reiving instinct of determined aggression knocking back faltering runners on the slopes.

The final half of the race shoogles its way down to the Hawsen Burn finish via the final stretches of the Pennine Way. Despite the race route running hard to the Border line organisers made sure that at no point did the Scottish fell champs trample  a single blade of English grass. Advantage switched here from climbers like Garry to the racers on an excellent fast pitch.

By the finish, Garry crossed the Hawser Burn in 28th place in 1 h 21m 29s (the second placed north east runner), followed a minute or so later by Jon Heaney 32nd and then Brad Clough 42nd. Our regular impact runner Graham Lewis – Dale finished strongly at 56th with myself 94th, Dave Guy-Johnson 128th and Alan 130th (for whom this was some fell baptism of fire).

Scottish runners / teams dominated the top 20 places; it was their championship. For £5 a head it probably went down well with them. As if you don’t see enough of the stuff, each finisher was handed a bottle of water (from Yorkshire) following a douk in the burn before crossing the line.  A Border raid worth repeating next year.

Thanks to Vicki Deritis (TBH) for the photos. Norham RC, Border mountain rescue and the landowners for the fine event.

More photos on the Blog. If this sounds like your kind of thing then anyone wanting more information on  adventures in hell with the fell section , speak to David Guy – Johnson or get enlisted on the Polyfellers facebook page. 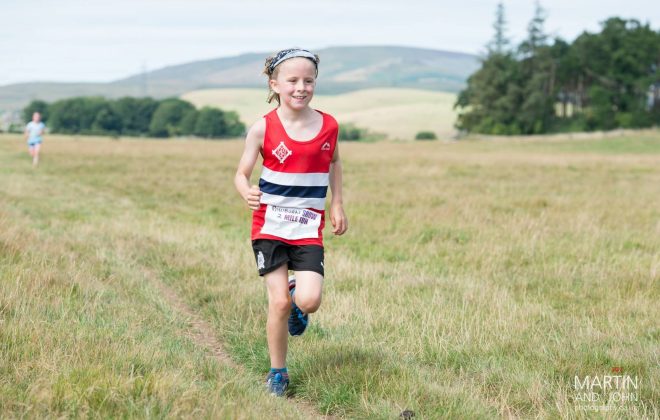 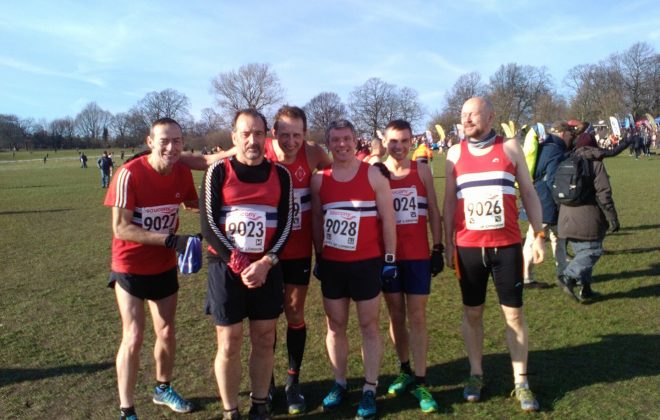