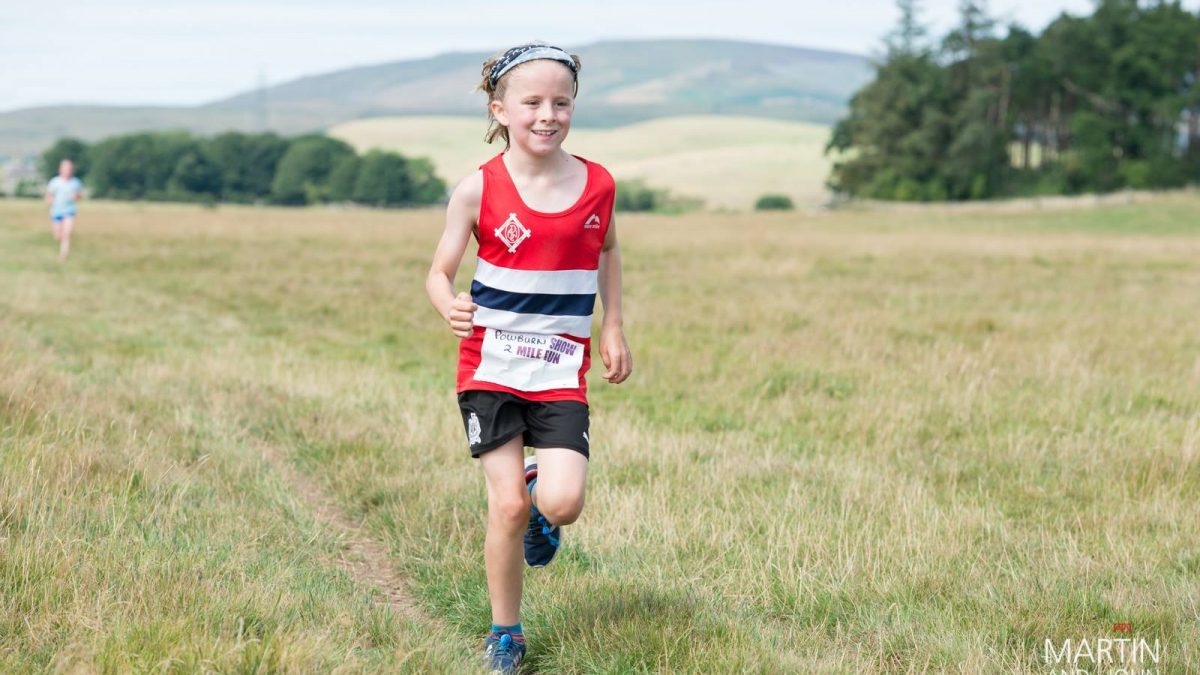 After some heavy duty toil at the Chevy in July, the local fell season spates out into dusty August with a series of shorter and brisker hill races tied into the local agricultural shows. This is Northumberland so there’s no shortage of hills to sweat up.

Powburn is a relatively new event, inaugurated some 8 years ago by Glen McWilliams (owner of the excellent Chocolate Box sweet shop in Wooler). Smart organisation means that the fell race competes with the sheep judging to be the first event of the day. This year 72 seniors made the fell race start line for 11 am. It was an attendance record .

Powburn was back in the diary for 2018 as a Poly fell championship race and 13 of us made it including 2 juniors who started and raced the first mile over the fields to the Breamish river with the seniors.

‘Warming down’ from the Chevy, William Robson was once again our lead runner. From the start, he galloped clear with NFR’s John Butters in what quickly became a 2 horse race. The 2017 event saw John (one of the region’s classiest runners) take the flag about 30 seconds or so up on William. This year it was to be a direct reversal. The pair were vying for the lead until the route back from East Hill at which point William opened up a gap on John that he was to retain until the end. Will needed to work a bit harder however. The record worriers finally established that he had failed to break the course record held by Carl Avery of Morpeth from 2016 – by setting  exactly the same time as Carl at 24 m 02 s for the 3.8 miles.

Officially, William wasn’t even the first Poly runner back. That was Lily Robson, who in the 2 mile juniors race breezed home in overall first with a huge lead. Lily (who last year ran in the seniors’ event) was well to the front of the combined race over the first mile before switching back for her solo run home. Her time may have been a course record for the juniors’ race – but has to be confirmed. 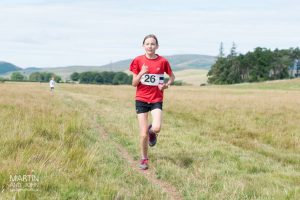 Our second runner back was an even younger runner, Thomas Davidson. He was awarded the prize for the first boy to cross, having scampered the first mile in what seemed like sub 7 minutes and which included vaulting a gate that was almost twice his height. Thomas had also picked up third place at Roman Wall in July.

The occasionally, directionally challenged, Paul West with a dogged performance, kept his bearings today and crossed a good third place. He managed to sniff out the finishing flag this time and did not have an extra 200 m on the clock as he did at the Bomber run. Garry Robson was back in 6th place. The Poly peloton today was drawn back down East Hill   , through the yellow barley field , over the river (or through it if you were Mike Harvey) and out across the final fields by Rich Fawcett , one of the 2018 fell section finds . There was also a first fell appearance for all distance runner Ivan Thorn. He denied this allegation, asserting he’d done a fell race in the ‘past’ (wherever that is). This comes as shock news unless he’s including the Blyth Sands Race in his somewhat lax definition – a race that, although off road, doesn’t climb above sea level and sometimes goes below it for some unlucky runners.

The race was also enhanced by 2 of our female runners with Kristy Wonders (wonderful name) and Gemma Thompson. Both were tortured at the Chevy a few weeks back but the chance of a more placid 470 foot hill proved attractive and both got back in good shape. Kristy has blindsided the ladies by steadily accumulating enough points to take 2nd overall in the ladies champs and now threatening long term leader Helen Heaney.

William Robson’s win at Powburn, after a series of earlier victories means he has an unassailable lead in the male Poly fell championship with months to spare. He can now cool his heels as the spotlight switches to the fight for 2nd spot with Garry Robson, Ivor Potter, Paul West, Mike Harvey and Graham Lewis Dale all in the mix.

And that was that, a red day with 3 outright Poly wins and a 3rd place; or was it…… 2 of our smarter Polyfellers had learnt something from the Lottery approach to medal funding in sport. They had figured out that just like cycling at the Olympics, there are dozens of category medals in a Dog Show for the same dog and just as in cycling some rules appear quite incomprehensible. Kristy and Paul presented their prize pooches into the heated competitions  . The rosettes came cascading down as Paul West’s Yorkie  picked up best in class dispelling at once 2 myths: one ,that he was more successful than his dog and secondly (for the White Rose contingent of  William Powis, Richard Hanley and Rich Fawcett) that the reason for lack of any race prizes was not due to an inbuilt prize bias against Yorkshire  (outside of God’s own county) but lay elsewhere. Meantime, Ted Wonders had snapped up 2nd place in 2 competitions including one for the ‘handsomest hound’. Other Polyfellers pooch owners  were well upstaged  – as indeed were the Robsons as the Westie family got their teeth into 3 prizes by close of play to Robsons 2 . Rumours are rife   that a flock of blackfaces have recently been seen shepherded into GLD’s back garden as he makes a bid to get on the prize list next year.

Meantime, the Polyfellers (best looking section at the Club when cleaned up – with Mike regularly dressing up to) left the arena, rueing the absence of fell prizes for handsomest runners. We could have effortlessly walked that one on Saturday with our squad; leaving William Robson to do all the running for us. 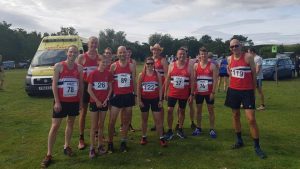 Thanks go to Mike Hope Cars of Wooler for the generous prizes, the supportive landowners and farmers for the access to the land and Glen McWilliams and his team .

Photos (with thanks to) Martin Ellis (who also had excellent photos of Northumberland for sale at the show tent), Phil Green (NFR/Heaton Harriers) as the mobile marshalling photographer and Royston Young (NSP). 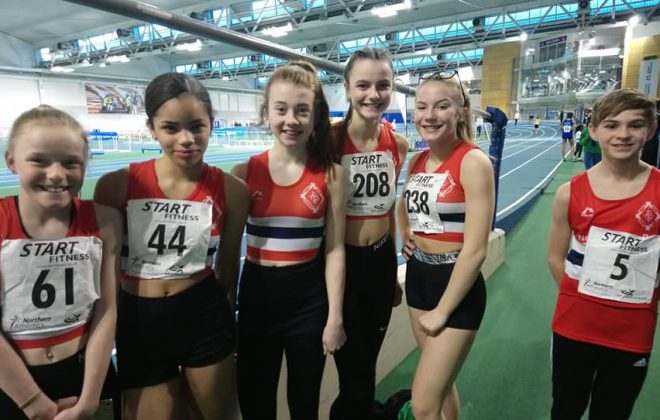 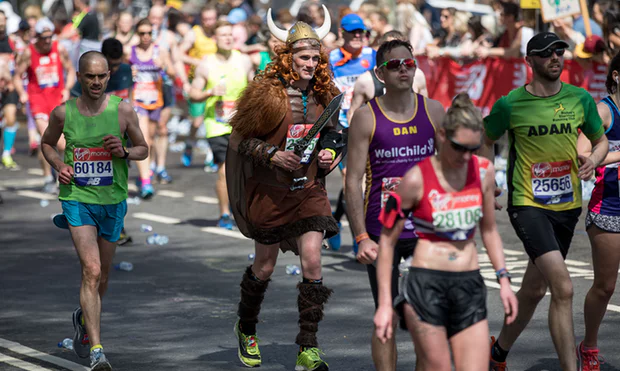 Hotter than July at the London Marathon