A welcome return to the East Cramlington Country Park a former Harrier League venue and NSP’s most local one.

The event was coordinated and organised with great effectiveness by Blyth RC who also provided much of the Poly vocal support. Parking and registration were based at a farm thanks to the generosity of a local farmer. Barns and byres are sometimes used at fell races as Race HQ but this was probably a first for a local xc event.

A reverse version of the old harrier course with a few twists was used. The route was flanked by a couple of stands of coniferous woods. Probably just as well as it provided the only protection (other than for those runners lucky enough to find anyone big or wide to run close behind ) from Storm Ciara as this week’s freakish female ripped across the north country that weekend. A particular open stretch of 200 m or so across a ridge became a Blyth version of Riverdance with lots of high kicking legs but limited forward motion. (Spare a thought for Team GLD clinging on to Cumbria on the winter Bob Graham Round and in danger of being swept west back into Europe just a day after finally getting Brexit done ). The course was fairly tacky in places but firm elsewhere to give some momentum.

Down to the races. The ladies headed off first. Despite depleted numbers – with 6 runners, we had a good ratio of medals per athlete. 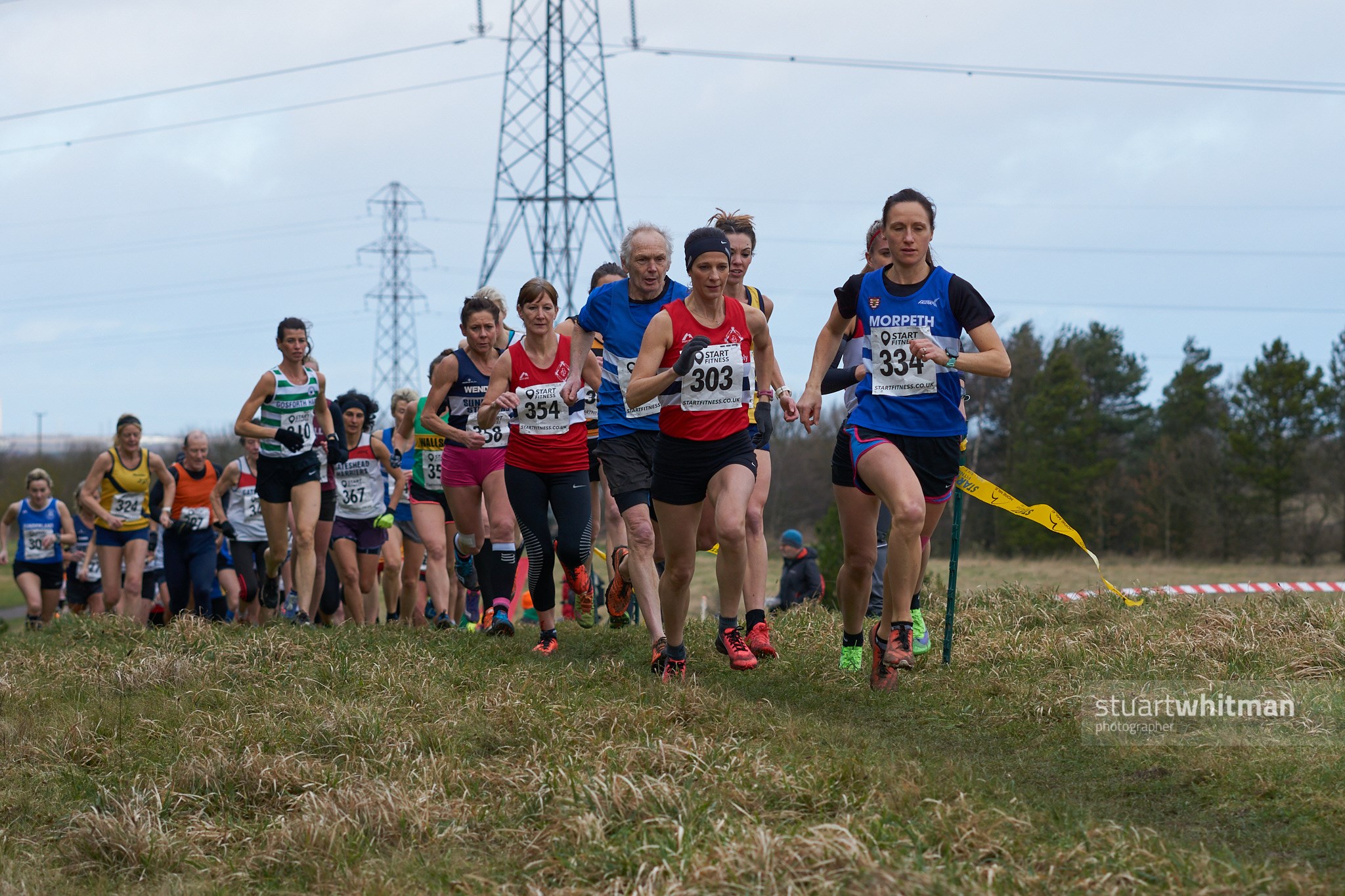 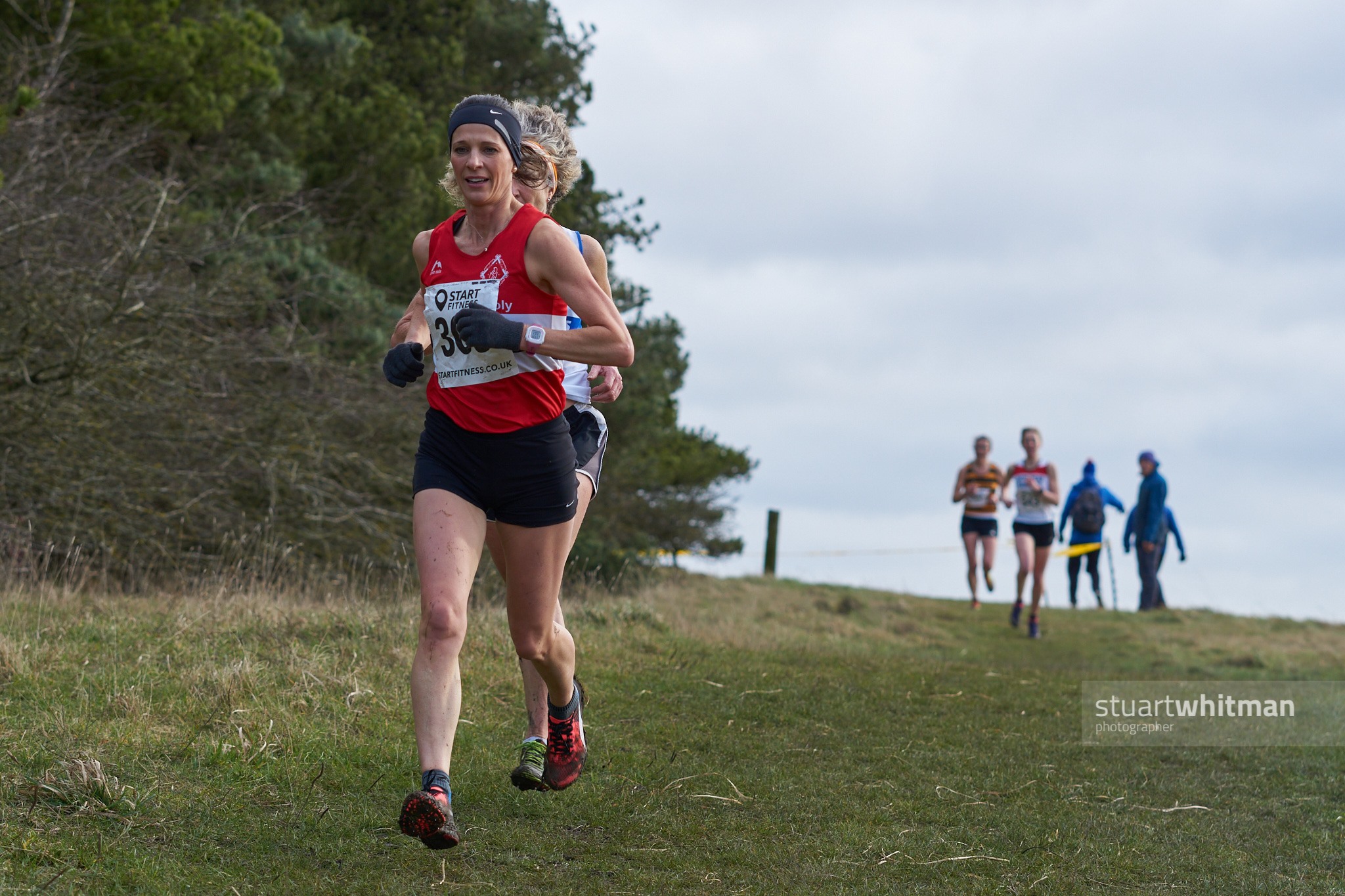 First back was the stylish Becky Coleman who continued a rich vein of form across various disciplines and rarely shirks the chance to go in a team event. Becky was 9th overall and took the silver award in the V 40 race. A shortish distance back saw debut runner Ruth Oldham (V 45 ) in 16th place overall and 16 secs shy of a personal medal.

A solitary debut run from Margaret Povey at V 50.

Once again our V 55/64 ladies medalled as overall winners although this year the competition had evaporated before the race not during it. Ex England master’s xc runner Alison Cummings was again the flag bearer. Despite recent injury, her form was still good enough to also pocket the V60 3rd prize. Noreen backed up in 2nd but went one place better in the V65 with silver. The team pursuit was completed by Heather Gould. After unluckily breaking her neck last summer by falling off her bike during a triathlon, a very fast recovery saw her back sea swimming again within weeks and then a summer flurry of podium finishes in Spain at random 10ks. This is at least the trios 3rd win at this event.

Over to the men, where in another competitive field, Chris Waite was our first returnee. Chris has been in good form for some time but he won’t shout about it. This year he’s also been able to keep his living room carpet clean of mud (which he’d previously blamed on the dog, Dougal, despite the fact it doesn’t share his size 10 Hush Puppies) by dodging any XCs. He was close to medaling standard in his new V50 category. However, Chris faced a bulge (quantity not body shape) of V 50s out there and some are even quite good and even David Moir from TBH who was overall winner in the category. Chris was 7th.
Paul Luzanycia came closer to a medal with 4th spot finish at V 60 and down by about 20 seconds. Paul has been a handy and solid runner at the Harrier League for the last couple of seasons. A wayward Dave Stainthorpe was sidelined after pit stopping twice for shoe-lace mishaps. By that stage, he was too far adrift to fabricate a Sebastian Vettell-style collision with either the front runners (or any teammates…) on V 45 to make up any disadvantage. Steve Nicholson made a debut run at V 40 and was our 2nd runner home overall.

Our most reliable/regular performer at this event, Dave Morris again showed a clean pair of heels in the V 65 cat. 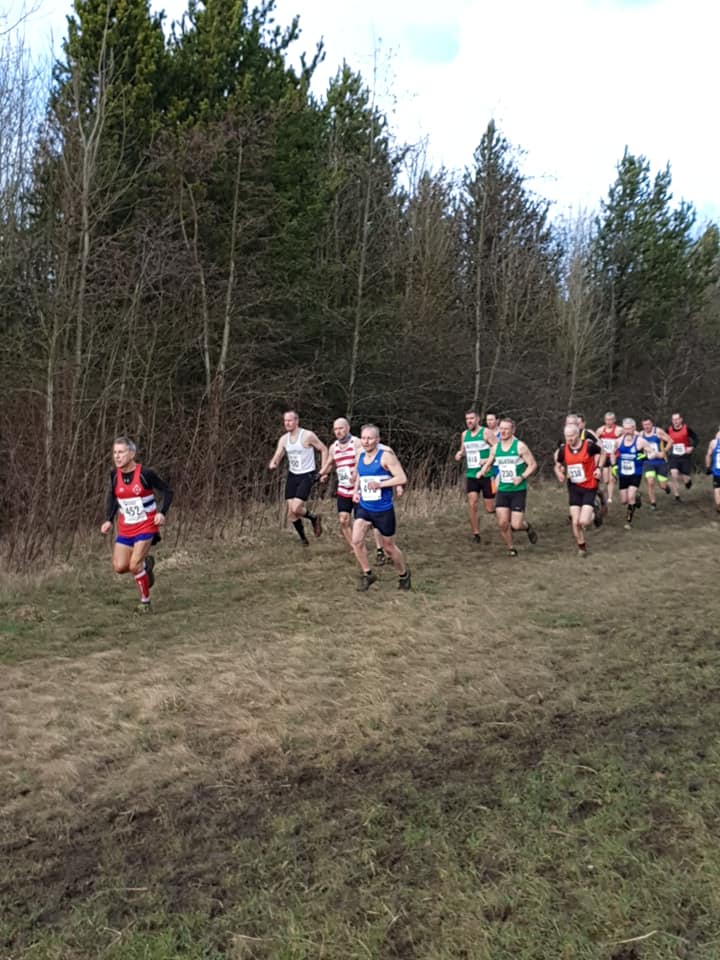 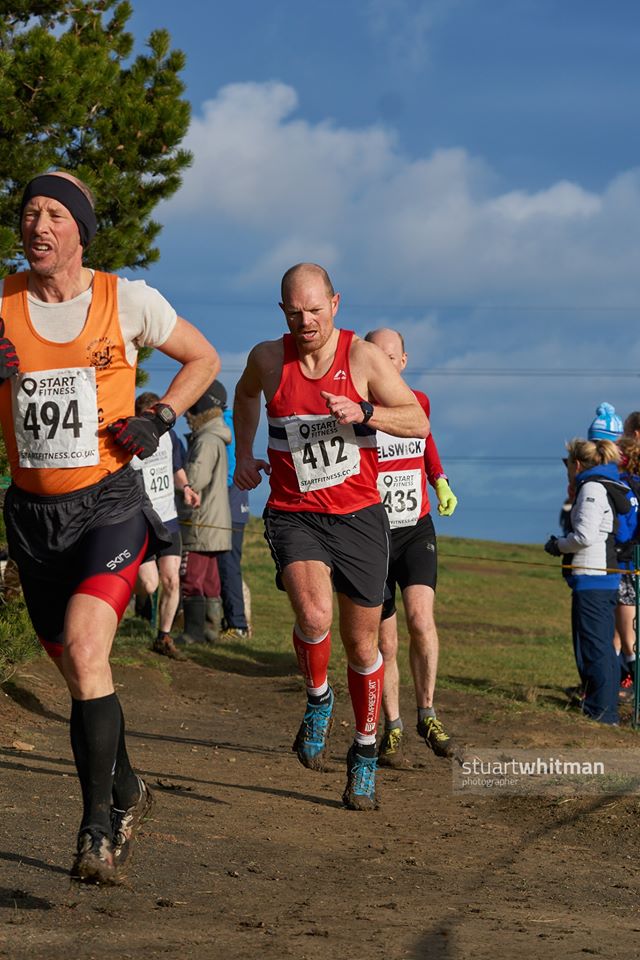 Unfortunately, we didn’t mass the numbers to close out a team in any of the race categories. In fact there wasn’t a single full V55-64 men’s team in the race…. Paul and I needed just the one more!
With thanks to the NEMAA team. That squad included our own bronzed Phil Lancaster on the scores. He may have had a quieter afternoon in this compared to our Grand Prix where he regularly had to face down the same retinue of Polywhiners about his handicapping system. We were all equally handicapped today not by Phil but by Ciara and the course, which is just as it should be.

Thank you to Stuart Whitman for the photographs and one or two from BRC.

Full results here (broken down by age cat which means it takes a bit of effort to work out overall finishing placings): 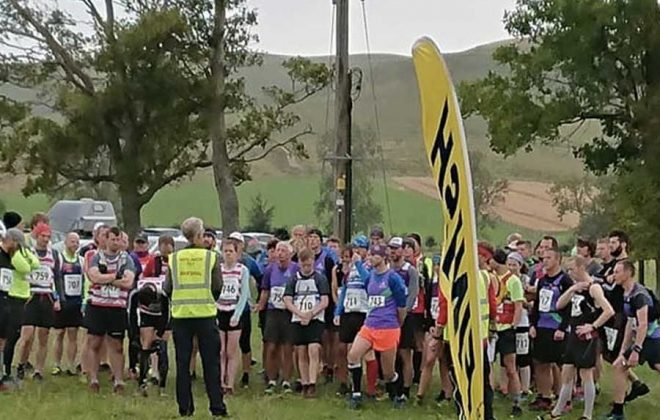 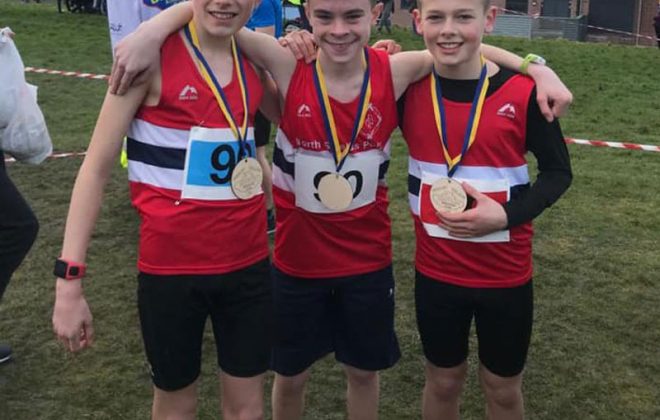 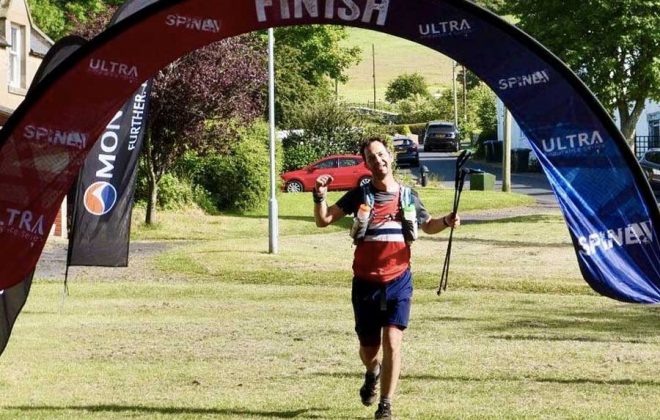