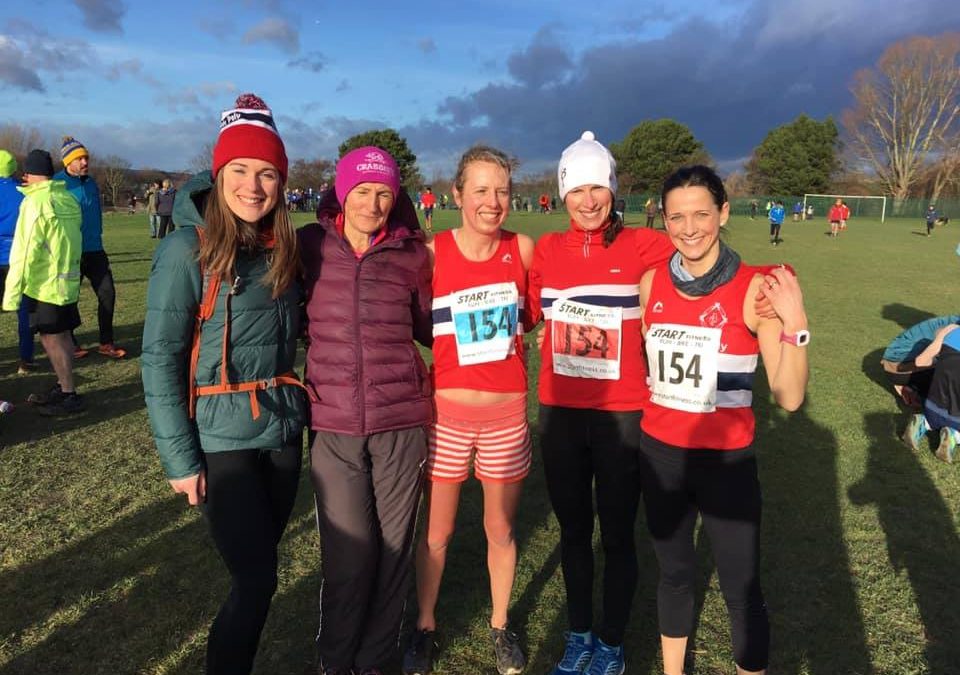 The year’s first relay, the 30th Cathedral Relays was on – off – and only on once Birtley AC stepped into the breach at very short notice to provide a fresh venue and course.

We have enjoyed a lot of success at the Cathedral relays in the past but this year we went in with reduced numbers and only 4 teams to compete. The new  course was a zig zag affair with several  sharp scarp ascents and corresponding descents of about 15 metres on each lap . The consensus was that this was much more cross country than the flatliner at Maiden Castle. Overall it received favourable approval from the xc purists and Mark Smith’s GPS came to life on the gradient  . Certainly the times were longer here than Durham although a fresh , gusty, westerly  force 7 played its part to.

So to our teams which were an eclectic mix of aquathletes, triathletes, track runners, hurdlers and Polyfellers covering most of the Club’s specialists in fact.

It fell to Tommy Brannon, one of our most prolific and willing relay runners, to set things up and  pace  our (only) V 45 men’s team on leg 1. Scottish barrier flyer Andrew Webb backed up as a youngish V55 part team. Tommy set our fastest male time of the day at 12m 41 s. On handover it was for Mark Smith to turn things over and but his claims of   a rapid finish met with some credulity as on past form that required gravity and a 30 degree incline. Graham Hall closed things down with a punchy run leaving the team overall in 7th V45 place. Sunderland Harriers featuring former Poly favourite, Rob Walker, took honours. The V55 team fell one runner short and was closed prematurely by Barry Young.

The ladies enjoyed huge success last time round with the seniors as overall winners and the V 35 team taking the age category. Teams were mixed around this time and the lead (only) V 35 team featured 2 previous winners in Stephanie Dann (senior last time) and Alison Smith (both apparently heading towards the sunset end of the V35 group). They were joined by Becky Coleman running as a worthy debutant – hopefully more to come there. Steph set our fastest time at 12 m 27 s despite losing momentum on lap 2 as some marker tape bizarrely conspired with a  sudden gust to tangle and trip her up – dropping a couple of places in the process. Steph held out for 8th place overall. Becky fought out and retained position in the V35 scrap leaving Alison  on handover on the final leg. With a few hundred metres to run, she was hauling in the Sunderland runner ahead but eventually ran out of grass leaving the team 5 seconds shy of a 4th V35 position.  All 3 featured as top 10 fastest runners among all V40s. A creditable run against a strong Morpeth outfit who were overall V 35 winners. 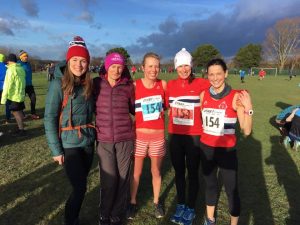 That left our seniors whose entire burden (of all males and females at the Club) rested solely on the graceful shoulders of Claire Harlow. Claire was assisted in a makeshift team by handy V 50 Karen Suleman Gunn and V 65 Kath Richards. A fine outward run in the scrum of leg 1 saw Claire capture 20th slot and a top half placing among all seniors. Karen’s age didn’t really tell as she gained 3places overall and her tigerish run got her 4th overall among all V50s. Kath made a determined effort to maintain placing  as one of the best V60s plus but conditions told in the end as we finished 32nd overall position (still just in the top half ).

A great effort from all concerned with our depleted numbers today. The juniors will be competing over the same course in March so we’ll need to see what they serve up. 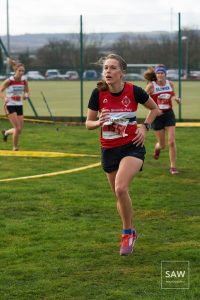 Final thanks must go to Birtley AC who had little time to get ready and  ran affairs  professionally and smoothly in a cheerful way. We had brought a tent but the facilities proved too excellent. We witnessed one tent (Blyth ?) being flattened by a gust as the struts inverted like an umbrella’s. We are confident our expedition tent would have survived but didn’t put that part of our team’s multi skills set to the test! So the Cathedral Relays went ahead with great success in 2019 with everything there except for a cathedral but no doubt if Birtley with their zeal had been given a bit more time  they probably would have fixed that part to.

With thanks to Stuart Whitman for the photos of the ladies race and John Geddes for the men’s. 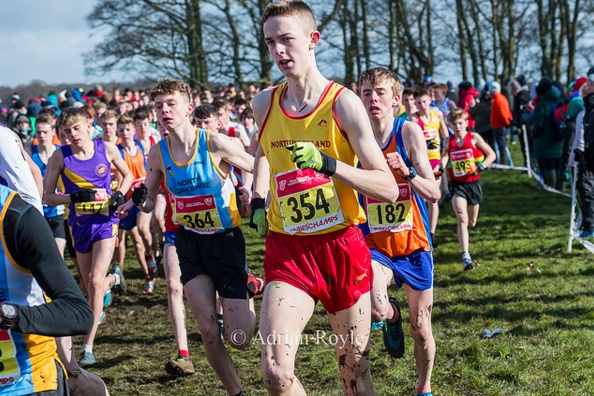